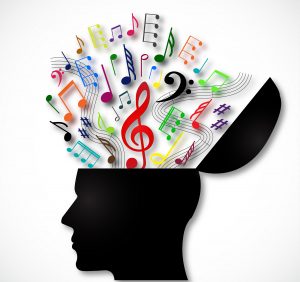 Can Music Really Be a Benefit to Health?

Seven years ago, when MediMusic Co-Founder and CEO Gary Jones, first began extolling the potential of dispensing music as medicine, this was a question that healthcare practitioners would repeatedly ask him – nowadays, they don’t. He explains why.

We have all self-medicated with music at some point in our lives. Whether it is listening to relaxing tracks on a lazy Sunday morning, or turning up the volume for some up-tempo music when getting ready to go out for the night, music can be simultaneously cathartic and stimulating. It can lift the soul, calm our anxieties, or keep a mood constant.

There is no question that music and health have a strong, symbiotic relationship. Great thinkers through history, from the ancient Greek philosopher Plato, through to Friedrich Nietzsche, George Eliot, Leo Tolstoy and Albert Einstein have all noted its impact (Einstein even wrote a book called A Short History of Music). My favourite quote is probably that of civil rights campaigner Martin Luther King, who recognised music’s power to heal, claiming; “My heart, which is so full to overflowing, has often been solaced and refreshed by music when sick and weary.”

Furthermore, since the early 1960s, thousands of peer-reviewed studies and clinical trials have investigated the impact music has on humans – both psychological and physiological. In fact, the PubMed Bio Science library has over 25,000 documents that demonstrate the benefit of music to a multitude of health cases, from mental health, dementia, pain relief, autism, palliative care, Parkinson’s, physio-recovery and many more. In fact, there are no illnesses or uses to which a benefit cannot be brought.

Notwithstanding Music Therapy is an established psychological clinical intervention, why has there been a long-term lack of conviction about the broader use of music within healthcare? This can be explained by a mix of three core factors –

If we take the sum of challenges from the above three points along with the healthcare sector requirement for evidence-based data, to underpin any change of adoption and scalability, it is clear to see why music has previously failed to meet any requirements that would enable it to be dispensed as a drug.

Today, there exists a very real opportunity for the ability to dispense music as a drug that is creating an increasing demand. The reasons for this have one thing in common that being advances in technology or their net effect –

The net result being an evidence-based granularity that would enable music to finally be dispensed as a drug. Whilst the latter may seem like an audacious claim it is worth noting that the acknowledged benefits of AI & ML are making it the fastest technology adoption in healthcare. Google recently proved this by demonstrating an accuracy in predicting breast cancer that was 11.5% greater than that of conventional radiologists.

These technology-driven changes have created an exponentially growing desire by the healthcare sector to default to music in their day-to-day activities. This makes for an extremely exciting future!

In my next article, I will look in more detail at the parts of the human physiology influenced by music and what that leads to.

PrevPrevious PostMusic-Based Interventions in Paediatric and Adolescents Oncology Patients: A Systematic Review
Next Post1 in 6 Children in England Struggle with Mental Health DisordersNext

Can Music Really Be a Benefit to Health?