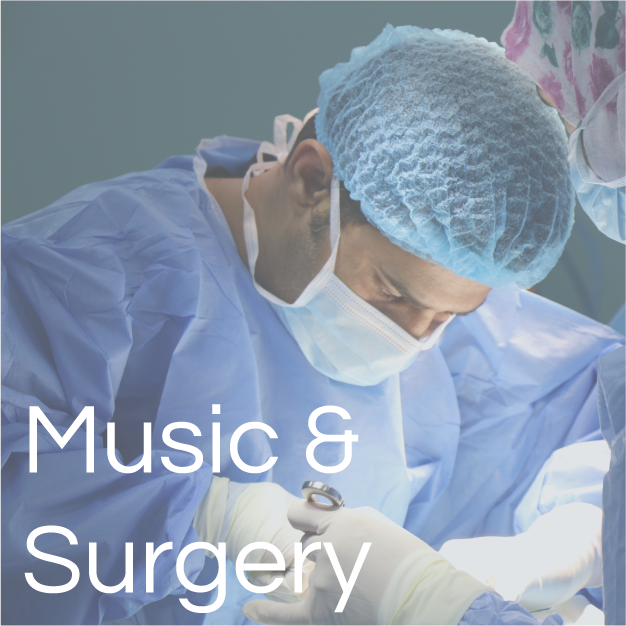 “Music has charms to sooth a savage breast,” the poet William Congreve said back in 1697.

We have long known about music’s soothing qualities, but researchers now claim it could be just as effective as drugs for calming patients.

A clinical trial in the US compared the levels of anxiety felt by patients who were prescribed the drug midazolam and others who were told to listen to music.

Those involved in the study were having a type of regional anaesthetic, or peripheral nerve block.

Researchers split 157 adults into two groups, with the first being given 1mg to 2mg of midazolam, which was injected three minutes before the peripheral nerve block.

The other group were given noise-cancelling headphones and listened to English band Marconi Union’s Weightless – which has been described as the “world’s most relaxing song”.

According to Forbes, the band collaborated with a therapist to produce the ultra-relaxing tune, which aims to lower the listener’s blood pressure, stress levels and heart rate.

Pre-operative anxiety is common and can raise levels of stress hormones in the body, affecting its ability to recover after surgery, according to a team from the University of Pennsylvania writing in the journal Regional Anesthesia and Pain Medicine.

The study scored patients’ levels of anxiety following the two treatments – and found participants who had listened to music were just as relaxed as those who were given the sedative.

However, patients in the drug group were happier with their overall experience, although this may have been because participants were not allowed to choose the music they listened to.

Both doctors and patients also thought it was easier to communicate without the music.

Following the study, the team said “music medicine” could be used as an alternative to midazolam before peripheral nerve block injections.

But they said “further studies are warranted to evaluate whether or not the type of music, as well as how it is delivered, offers advantages over midazolam that outweigh the increase in communication barriers”.

The purpose of this experimental crossover study was to evaluate to what extent the therapeutic use of music would decrease pain in patients with cancer who were receiving scheduled analgesics. Baseline data were collected for three days. Subjects then were assigned randomly to listen to their preference of […] Click here to view original web…

The aim of this study was to explore the effects of listening to music on the anxiety levels and physiological responses of surgical patients receiving spinal anesthesia. Methods: An experimental design was used in the study with an experimental group (n=50) and a control group (n=50). The […] Click here to view original web page…

Highlights Pain modulation by music is investigated with fMRI of the brain and spinal cord. Behavioral responses showed a roughly 10% reduction of pain ratings with music. fMRI showed altered responses to pain with music in spinal cord and higher structures. Results suggest that music may evoke activation of the descending analgesia pathway. Abstract The…

The idea that music can heal the soul or “soothe the savage breast” is well-known. Music’s healing power over the body has also attracted attention from scientists who aim to test this ancient wisdom. A growing body of research supports the claim that music can alleviate physical pain. Studies have shown music to be an…

Abstract Background: The implications of cancer and its medical treatment are traumatic, highly stressful and have great psychosocial impact. Therefore, a comprehensive treatment is essential and music-based interventions can play an important role. The objective of this study is to summarise research that assesses the effects of music therapy in paediatric and adolescent patients with…